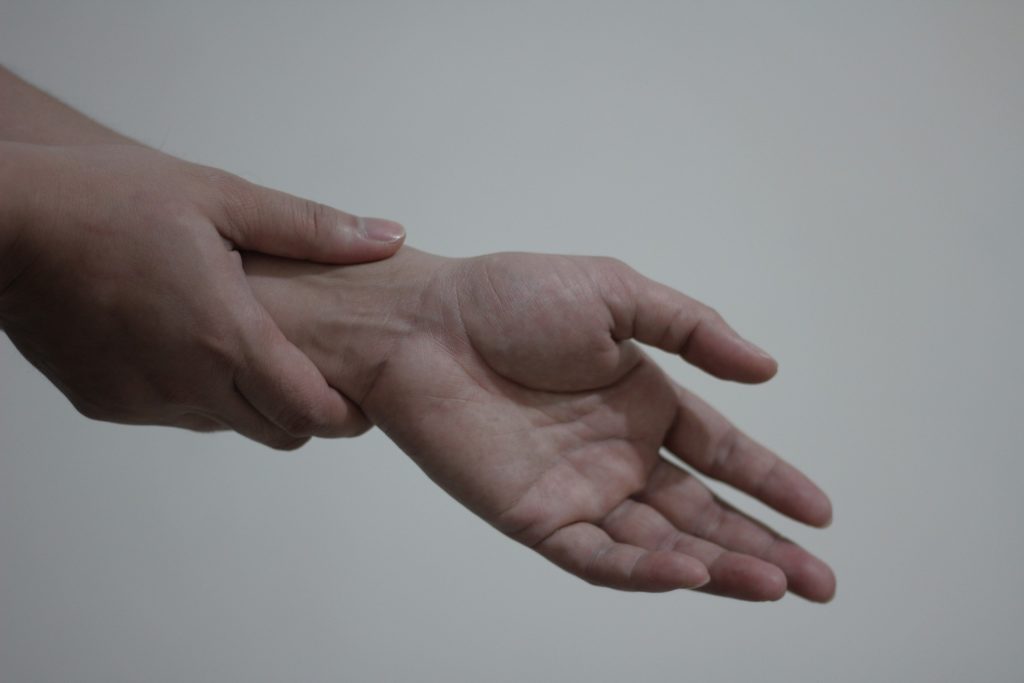 Chronic pain is an epidemic in the United States. In fact, some estimates say that as many as 100 million Americans suffer from chronic pain that continues for weeks, months or, in some cases, with no end in sight. The Center for Disease Control (CDC) recently reported that 15 percent of U.S. workers grapple with episodes of long-term pain every day.

The numbers are staggering:

Researchers continue to look for answers to chronic pain, and one of the most promising treatments they’ve identified is cannabidiol (CBD), a naturally occurring chemical found in hemp and other plants in the cannabis family.

In study after study, CBD and other cannabinoids from hemp are shown to lessen the impact of chronic pain while producing essentially none of the negative side-effects associated with other treatments, including over-the-counter pain pills.

As far back as the 1980s, a London-based study found that CBD was four times as effective in fighting pain as aspirin. Since then, researchers have found CBD to be effective in treating the chronic pain of patients suffering from persistent muscle pain (also known as fibromyalgia), headaches, lower back pain, and arthritis – the most common causes of chronic pain.

May researchers focus on the powerful anti-inflammatory properties of CBD, since inflammation is a root cause of chronic pain in muscle and skeletal systems through disorders such as rheumatoid arthritis and osteoarthritis.

However, researchers also believe that since CBD and other cannabinoids interact directly with receptors in a key neurological system that’s spread throughout your entire body, it can also provide relief from chronic pain that has advanced beyond its original source. After prolonged periods of transmitting pain signals, nerve receptors can actually begin amplifying what would otherwise be normal levels of pain signals to uncomfortable, even disabling, levels.

The pain becomes a disease unto itself.

Research on CBD’s benefits for chronic pain relief focus on how it and other cannabinoids interact with the Endocannabinoid system (ECS), which scientists believe impacts a huge range of functions in the body, including pain management.

CBD tends to interact with a class of endocannabinoid system receptors, called CB2, which occur throughout the body’s immune system. These receptors rely on endocannabinoids, cannabinoid-like compounds produced naturally by the body, to function properly. Many researchers believe that conditions such as chronic pain are the result in deficiencies’ in these endocannabinoids.

By supplementing the endocannabinoid system receptors with hemp-extracted cannabinoids like CBD, researchers believe that have found evidence that CBD and other cannabinoids impact the inflammation cycle  – a key aspect of the immune system –  triggered by proteins called cytokines. By disrupting this inflammation cycle when it spins out of control, CBD can combat chronic pain.

Here’s a quick look at research into the many areas of chronic pain relief where CBD has shown promising results.

Arthritis affects more than 50 million Americans today, and that number is expected to increase as the population ages.

Most research on CBD and arthritis pain focuses on controlling inflammation, the main source of discomfort for most arthritis sufferers. New research by Dr. Sheng-Ming Dai of China suggests that unusually high levels of CB2 receptors are found in the joints of arthritis sufferers. A clinical study published in 2000 suggested that CBD might not only help relieve pain, but also block joint deterioration with its “through its combined immunosuppressive and anti-inflammatory actions.”

Muscle pain is most often associated with inflammation, and CBD’s ability to check out-of-control is a key factor in its application to this form of pain. In fact, many fitness buffs are now looking at CBD as a key supplement in their diets to avoid muscle pain after strenuous workouts.

However, fibromyalgia, chronic, widespread muscle pain and tenderness, is considered a form of Neuropathic pain resulting from tissue damage or damage to the central nervous system. Cannabinoids interaction with receptors is particularly interesting to researchers in this field.

A 2011 study found that more than half of fibromyalgia sufferers who used cannabinoids, across a wide range  of delivery mechanisms, reported notable improvement in their pain levels, compared to non-users. They also showed marked improvement in their overall mental well-being, prompting researchers to suggest much more study is needed.

Like fibromyalgia, migraine headaches are considered to be a form of Neuropathic pain resulting from nervous system damage.

Mainstream Media outlets, including Forbes, are noting the pain-relief benefits researchers have found for migraine patients who add CBD to their treatment regimen. Researchers found that study participants who took a 200 mg daily dose of a combined CBD and THC supplement for 3 months suffered about 55 percent less pain. The treatment also proved to be more effective than traditional treatment for frequency of migraine and cluster headaches. And the CBD-THC also reported fewer common pain occurrences, such as stomach aches and muscle cramps.

[THC is the cannabinoid found in pot that affects CB1 receptors in the central nervous system and creates a “high” effect.]

Along with controlling the inflammation that causes most back pain, a recent study showed that relatively high levels of CBD supplementation slowed the degeneration of disc is lab rodents, similar to the condition found in humans lesion-induced intervertebral disc degeneration.

A 2014 study by Canadian Urological Association Journal showed 61 percent improvement in chronic pain levels for cannabinoid users who suffered from any number of conditions. Women suffer chronic pelvic conditions such as ovarian cysts, endometriosis, post-pregnancy, miscarriages, UTI’s and menstrual cramps. In male patients, pain can result from Chronic Prostatitis, inflammation of the prostate that impacts the pelvic area and lower back.

The researchers note that high-CBD topical applications might be the best supplement format to address pelvic and urinary pain.

When considering the overall benefits of CBD for chronic pain management, it’s also important to remember that cannabinoids offer an alternative to traditional pain treatments without the negative side-effects.

A small-scale San Francisco-based study found that incorporating cannabinoids into to opiate-based treatments resulted in patients’ pain levels dropping 20 percent or more while having their morphine or oxycodone intakes cut. In a nation struggling with opioid addiction, these findings have added significance. Researchers noted that they want to continue their tests comparing high-level CBD treatments with high THC treatments.

And never forget that over-the-counter painkillers can kill you. Nonsteroidal anti-inflammatory drugs (NSAIDs) are tied to Gastrointestinal Toxicity, which kills more than 16,000 people annually in the U.S.